The well-known and almost always excellent gamer Shroud once said that Naraka: Bladepoint is too difficult. He said this because there are so many mechanics that you need to master to be the best at the melee battle royale. If you want to be the best at this game, you need to practice, practice, and practice some more. However, you don’t need to be the best to be good. I’ve put together a Naraka: Bladepoint guide with some combat tips that will help improve your gameplay without spending a thousand hours swinging your blade.

Some of these tips are simple habits you should work into your gameplay. Others are game and map mechanics you may not know about and should definitely make use of. Finally, there are a few melee combat tips to help you avoid getting beatdown round after round.

There are no gunfights

Melee battles are where you win and lose in Naraka: Bladepoint. So, the first tip I have for you is to always carry at least two melee weapons. If you’re going to close in for a melee fight, I recommend keeping those two melee weapons in your first two weapon slots. That way, you can easily swap to another blade if you get parried.

Having melee weapons in your first two weapon slots also allows you to swap blades mid-fight. This is an excellent way to throw your opponent’s timings off if they’re looking to parry you. It’s also just a good way to upset their rhythm.

The dagger is one of the strongest weapons in the game at the moment because it has a dodge that cannot be interrupted. You’ll see a similar gold sheen around your character when executing an attack after a successful parry.

Parrying is a high-risk, high reward maneuver in Naraka. If you successfully parry, you’ll disarm your opponent and get a guaranteed hit on them. The most obvious time to parry is on the third attack of a basic combo because it’s always a focus strike. Except for the great sword. You can attempt to parry if you like. However, I much prefer to dodge away from a focus strike and try to land a hit after. If the enemy goes for a focus strike, you’ll be released from the stunlock long enough to dodge.

Knowing about the third hit focus strike means you can employ the most basic feint in the game. After your second common attack, dodge or dash to cancel your attack counter. Your opponent will likely try to parry. If they don’t, you’ll still be in a good position to press your attack. If they do, they’ll be wide open for you to keep attacking them.

A very useful way to reset your attack counter and dodge under a horizontal attack is to crouch after an attack. This also sets you up for an uppercut using vertical attack, which will launch your enemy into the air. You can then attempt to juggle them or perform a second attack that will slam them back into the ground. Once your enemy is knocked down, you have the upper hand in the fight. Make sure you take advantage of this.

In my Naraka: Bladepoint movement guide, I mentioned how to improve your gameplay by using a horizontal attack to propel yourself further with your grappling hook. But there are a few other tricks you should know about the ninja’s best friend.

When you get hit by an enemy’s grappling hook, you will be momentarily stunned. You’ll need to quickly decide your plan of attack. One method is to simply dodge to avoid the enemy flying at you. However, if you can locate them easily, I suggest countering their grappling hook charge with a focus strike. They will essentially throw themselves on your sword (or another blade) as they rush towards you.

When you’re the one using the grappling hook to stun and move close to an enemy, it can be awkward to land the follow-up attack. You can avoid this entirely by simply not attacking. If you do this, your character will kick your enemy to the floor as they reach them. As I mentioned above, knocking down your enemy gives you a big advantage.

Some map mechanics to know about

For the longest time, I saw the daily quest about hiding in bushes for a certain amount of time but I had no idea how to do it. There are maroon (dark red or purple) colored bushes around Morus that you can crouch in to go invisible. You can use these to give yourself a breather, or to simply wait as you plan your next rotation.

Speaking of hiding in bushes, a common spot for players to hide or heal is at the top of trees within the foliage. However, if you pull out your grappling hook, foliage is removed so you can aim at the branches. Use this trick to spot enemies hiding in trees and bushes.

You may have picked up a few ‘Pray’ quests in your matches. These will send you to a shrine to pray for blessings in the form of consumables and Souljades. Completing the quests will also reward you with Dark Tide Coins to spend at the Rift Dealer in your match. What I didn’t realize, and you may not have either, is that you don’t need the quest to pray to the shrines. If you’re low on consumables, or looking to improve your Souljades, praying to the shrines is a good way to go about it. The pray action is on your emote wheel.

Lastly, don’t forget to keep an eye out for the fruits and flowers around the map that provide buffs. You can increase your attack, defense, and rage. Or, if you get the Dandelion, you can move silently for 120 seconds. 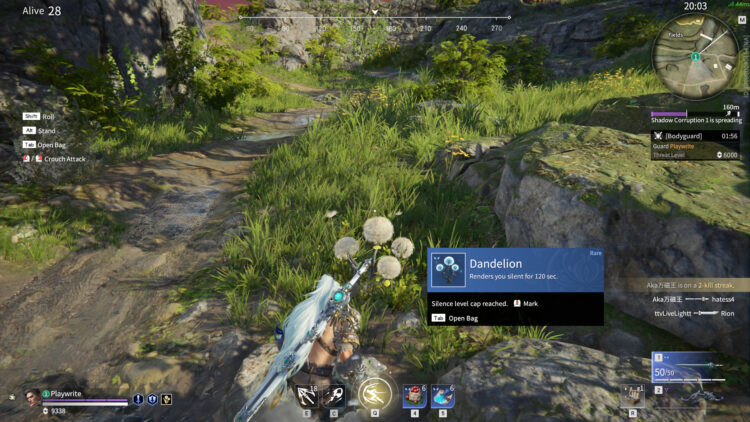 The island holds many secrets

There are secret stashes hidden around Morus Isle, and you need to find the corresponding key to open them. There are numerous ways to get these keys. Sometimes you’ll find them as you’re looting. Other times, you’ll see a golden frog hopping around. It’ll also make a sound like coins in a money bag. Each stash contains different things – money, Souljades, or gear. Keep an eye out for keys and definitely hit up the stashes if you get one. Just keep in mind that the whole map knows when a secret stash is opened.

Also, If you're interested and been looking for Naraka boosting service, come over to our website for more options and exclusive deals for new customers.